Last week a heated internet debate was sparked regarding the presence of United Nations armored vehicles in Toronto when a fleet of UN vehicles was spotted parked outside an INKAS® facility. Despite the rumors of the UN protecting the facility formerly owned by a major pharmaceutical company, as Chairperson of INKAS®, I can confirm that these Sentry Armored Personnel Carriers (APCs) are actually destined to be used as part of an ongoing United Nations peacekeeping mission internationally. In case you missed the debate about the vehicles outside our manufacturing facility, you can read the AFP Fact Check article here.

These INKAS® vehicles were in fact manufactured at our facility in Toronto, to be exported to an international client acting on behalf of the United Nations. Despite the rumors, the fleet of armored vehicles will not be driven on Canadian soil, and are not being used for domestic activities within Canada. Instead, these vehicles showcase the quality workmanship of skilled Canadian engineers and an automotive manufacturer whose products are renowned worldwide for their ability to save lives in critical situations and contribute to peacekeeping in volatile regions.

It’s disheartening to me that INKAS® was the center of a conspiracy theory created by a YouTuber spreading misinformation in an attempt to get more views on his channel, especially at a time when Canadians should be standing together to support the reopening of our economy. INKAS® Armored Vehicles Manufacturing is a fully Canadian owned and operated company, with 90% of our revenue coming from exporting protective vehicles globally – and this revenue is invested in our local economy and used to create jobs right here in Toronto.

It’s concerning that this individual put themselves in danger by unlawfully entering an active manufacturing site without proper safety equipment, training, or understanding of their surroundings – especially since INKAS® places worksite safety as one its highest priorities. Furthermore, this irresponsible act posed a risk to INKAS® employees who are responsible for the safety of all individuals on their premises and who had no knowledge of an unattended individual on their worksite.

At INKAS®, we build vehicles designed to protect human lives and safeguard individuals in high-risk regions and circumstances on a daily basis. We build SUVs which transport ambassadors, diplomats, heads of state; we build bank trucks which transport security personnel risking their lives every day; and we build special purpose vehicles which securely transport law enforcement and other personnel, which in this case is the United Nations. Each and every one of these vehicle’s primary objective is to protect and preserve the lives of all occupants within it – nothing else.

Fellow Canadians, during these uncertain times, let’s come together to support great Canadian ingenuity, know-how and perseverance. Spreading misinformation about a local Canadian company, especially without any prior research, is only negatively affecting our economy as we move to reopening in the new normal. 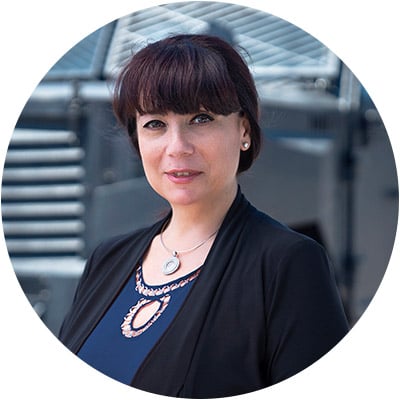