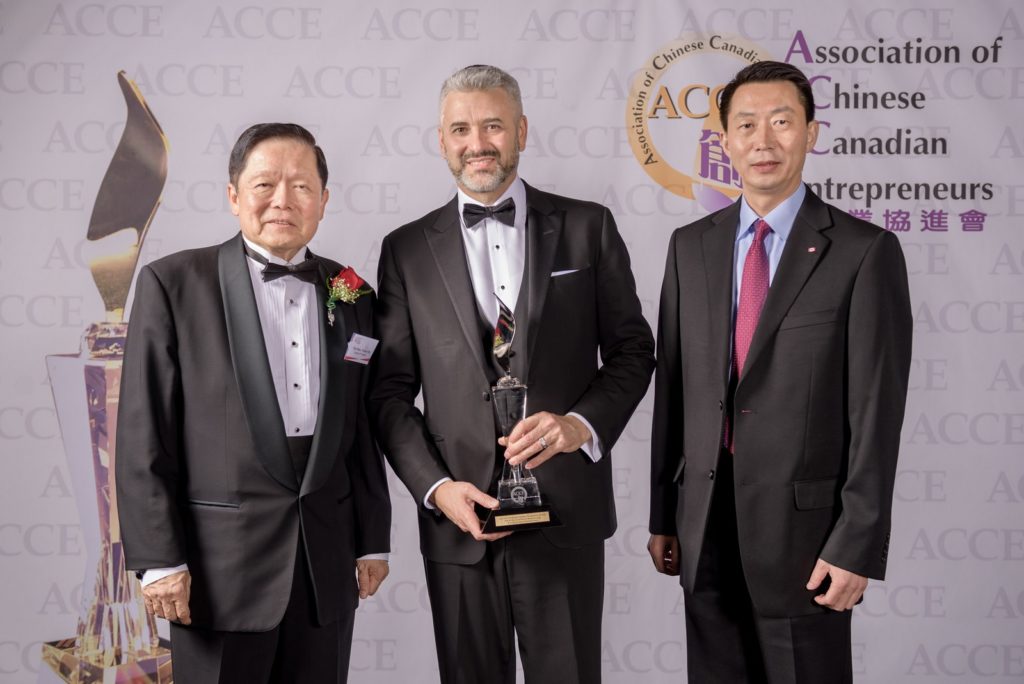 “We would like to express our sincere gratitude to the Association of Chinese Canadian Entrepreneurs for this prestigious recognition,” said David Khazanski, CEO, INKAS® Armored Vehicle Manufacturing. “As an export-oriented business, we look forward to building and developing strong bilateral relations between China and Canada in order to extend our business in Asia and bring more business and trade contracts to Ontario”.

Since 1994, ACCE has been one of the largest business associations in Canada and significantly contributes to trade relationships between China and Canada. The 2017 Awards Gala took place on March 25th at The Westin Harbour Castle bringing together more than 1,000 attendees.